Museums you simply must visit in Paris

Paris has a lot of epithets, and the “City of Culture” is one of them. You will realize the reason as you walk its streets, admire its parks, enjoy a drink in its bistros and so on. However, Paris’s museums, which are among the leading cultural establishments worldwide, are credited the most for such an epithet. Each and every one of them is worth a visit, and the following ones are considered among the finest. Let’s take a look why it is so.

Perhaps you have heard that the Louvre is the most visited museum in the world. However, hearing and seeing are different things. While you walk its endless halls and premises, you will have an opportunity to examine works of arts spanning different eras and meridians. Some of them were created by famous artists, while others are creations of unknown artists with equal skills. In the Musee du Louvre, you can examine ancient Roman, Greek, Egyptian and Mesopotamian art. European, Islamic and African art complement, but don’t conclude the collection.

Works of art that celebrated their artists and related cultures can be seen at every step. You will have a hard time approaching da Vinci’s Mona Lisa. But, once you are there, take some time to observe it closely instead of taking photos (what most people do). If you do so, you will come to realize why the Mona Lisa is the most famous painting ever. While doing so, don’t focus on finding a particular detail. It is a combination of numerous details that make sense only if you can perceive the entire painting.

The Winged Victory of Samothrace, a famous Greek sculpture, incorporates elements of a violent storm and firm determination. The curves on the cloth indicate harsh weather and other turbulent conditions the protagonist must endure while heading steadily toward the goal.

Many art pieces in the Musee du Louvre deserve a closer observation, so make sure to allocate as much time as possible for your visit.

Before becoming a royal palace and eventually the museum, the Louvre used to be a formidable medieval fortress. Take the staircase to the lowest level of the Sully Wing and lay eyes on the remains of the ramparts and encircling moats.

The Musee d’Orsay is renowned as the museum that exhibits the largest collection of the Impressionist art in the world. However, its collection of Realism, Orientalism, Classicism and other art movements is also noteworthy. In the Musee d’Orsay, you can appreciate the elements of tragedy, beauty and strong symbolism through its marvelous collection of paintings, sculptures, photos, decorative art objects and other exhibits.


As you walk the museum’s galleries, you will certainly recognize famous works of art. The Gates of Hell by Rodin is probably the most dramatic sculptural composition you can see in the museum.

But, do seek out the Dante and Virgil in Hell painting, by William Bouguereau. It exudes utmost rage and fury, in which the artist poured his entire dissatisfaction for not being chosen for the scholarship two times in a row. However, the painting brought him wide acknowledgment.

The beauty of a woman is explicitly underlined by the Bitten by a Snake sculpture, by Auguste Clesinger. In fact, the sculpture exudes utmost serenity and you will wonder whether the protagonist takes pleasure while lying on the bed of flowers.

The Impressionist section leads you through the development of this celebrated art movement through masterpieces of the greatest Impressionists. Poppies, the Rouen Cathedral series (by Monet) and Path through the High Grass (Renoir) are among the highlights of this section.

The Musee d’Orsay, just like the Louvre, has an interesting history. It was a train station, a shooting range and a theatre among other things before being established as the museum.

As you look at the Louvre and the Musee d’Orsay, you would have easily guessed their original purposes. However, a look at the Centre Pompidou reveals nothing in that regard. All you will see from the outside are ventilation and heating ducts, water pipes and escalators “decorating” the façade. In truth, you would rather say that the structure is the “oil refinery”, “cruiser” or “radiator” instead of being a museum.

However, the Centre Pompidou houses Europe’s largest Modern and Contemporary Art Museum. The museum has an extensive display of works of art created by leading contemporary artists, introducing Surrealism, Cubism, Fauvism, Expressionism and other related art movements. Picasso, Kandinsky, Chagall, Dali, Matisse and Warhol are just a few artists whose masterpieces are on display in this extraordinary museum.

Even if you aren’t a fan of the contemporary art and unusual structures, you can still benefit if you pay a visit to the Centre Pompidou. Its enormous library allows you to read and consult hundreds of thousands of books, magazines and other publications. Finally, you can take part in the museum’s various programs and events, watch a movie in its cinema or attend dance and other performances in the Performing Center.

Now we come to the world’s largest military museum. The Army Museum is located in the Les Invalides complex, which is crowned by an imposing, gilded dome. Its enormous collection will hurl you into the world of warfare from the earliest times onward. In the museum, you can examine weapons from various parts of the world, observe various strategies and stratagems, artifacts and much more.

Among other exhibits, you can lay eyes on weapons and armor of European knights, Turkish janissaries, Japanese samurais and other renowned combatants. You can also get thoroughly informed about revolutionary types of weapons that brought a huge advantage to the army in possession of a particular weapon. Take a closer look at the English longbow, for example. In 1415 at Agincourt, the Englishmen defeated heavily armored French cavalry exclusively thanks to the longbow.

While you are around, don’t miss an opportunity to visit the tomb of Napoleon Bonaparte. Although remembered as a conqueror, the emperor brought order and prosperity to the French capital after numerous centuries of turmoil. Many buildings Paris is known for (Notre Dame, Louvre…) were at the brink of demolition when Napoleon intervened. He was also a successful legislator, and some laws and codes established by him are still in use. His achievements as a general and a statesman are commemorated by Winged Victories (female figures) and bas-reliefs surrounding his sarcophagus.

An interesting history is attached to the Les Invalides, too. Commissioned by Louis XIV, the Sun King, the complex housed retired and handicapped soldiers who had no means to survive. At the eve of the French Revolution (1789 – 1799), the insurgents broke in and used taken weapons in storming the Bastille.

Although not especially large, unlike the aforementioned museums, the Musee Rodin boasts the largest collection of works of art by Auguste Rodin, one of the world’s greatest sculptors. Sculptures created by him and his associates are exhibited in a beautiful mansion and the adjacent garden. The maestro was clearly inspired by Dante Alighieri’s Divine Comedy, and most art pieces depict scenes described in this poem. Besides, Rodin’s sculptures illustrate historic events and mythical heroes. He portrayed Victor Hugo and Honore de Balzac as well.

The Paris Museum Pass is valid for all five museums, and entitles you to the fast track entry and provides significant money savings. And make sure to rent an audio/video guide if your French isn’t average at least. In the Musee Rodin, the information about the works of art is available in English. In most other museums in Paris, that isn’t the case.

The Most Famous and Beautiful Streets of Paris

Top 5 Places to Visit in Paris

Properties just for you 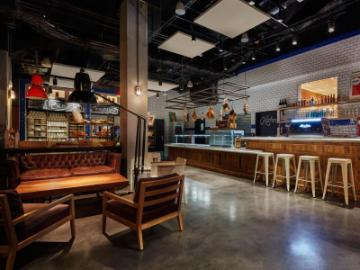